Tae Takemi Sex Parody (Persona 5)
3d Animation. Tae-sensei gets blackmailed by some guy that hacked into her computer. He uses evidence he found to have his way with her!
MP4 51min 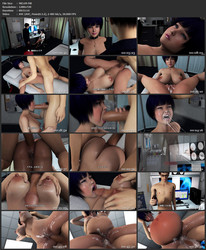 Makeup Sex With a Little Sister